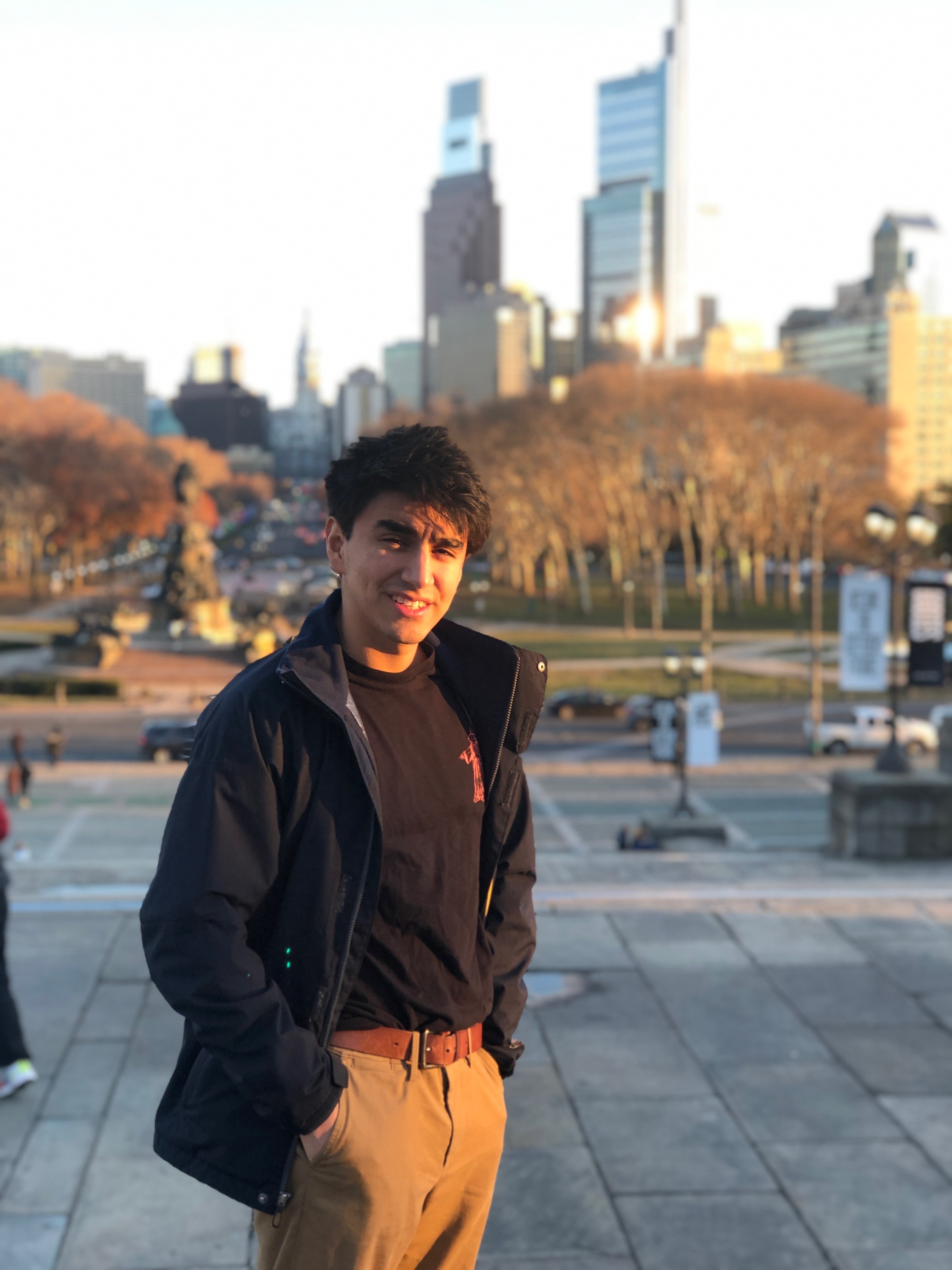 A rattling drum snare. Bouncing fuzzy guitars. Then a soulful voice gliding over them singing about an all-consuming red-hot desire. Suddenly, cinematic strings swell in the distance and you realize you’ve been kicked back into the 1970s. The little staccato organ notes poking at the melody accentuate the retro roots of the piece, keenly self-aware of the stylized image they are trying to conjure. This is how Black Puma’s self-titled debut opens up, with the song “Black Moon Rising” revealing the band’s vintage sound. There’s something undeniably entrancing about the hazy darkness shrouding this song, its witchy undertones casting a spell and delivering you to a distant, different time. Somewhere on the bayou, with the crickets and cicadas humming in the silent, bright blue night.

Black Pumas are an Austin-based duo composed of Adrian Quesada, a longtime rock producer, and Eric Burton, a gospel-influenced former busker. Their eponymous first album, a psychedelic-soul record, was released in 2019 and nominated for a Grammy in the Best New Artist category. I became a fan when their song “Colors” came up on shuffle on a drive I took to free myself from the eternal melting of the walls of my room. I was feeling overwhelmed by the constant news of the country’s imminent collapse and the protests against racialized oppression roiling our country.

As I was rolling through gold-tinted fields, with the large expanse of the Midwestern landscape stretching beyond me, I heard a pristine guitar descending into minor chords usher a mesmerizing voice, and Burton singing “It’s a good day to see my favorite colors / My sisters and my brothers / They see them like no other.” In the fading light of the American countryside and in the context of the pain burning through the country, I found myself moved by the song and its vision of unity.

Hooked on what I had heard, I kept listening to the album. The fourth track “Fire” maintains the level of urgency found in today’s politically conscious music (Kendrick Lamar, Beyoncé), but doused with the Technicolor stylizations of brass, organ, and gospel choir that the soul music of Otis Redding and Marvin Gaye so prominently featured. Their music has a distinctly ‘70s soul sound, one that still carries the era's cultural importance of beauty and power, and of antiquity, like it belongs to a vinyl collection slowly collecting dust.

One of my favorite songs on the album is its last, “Sweet Conversations.” As a gentle ballad, it’s a respite from the pulsating heat and energy of the previous tracks. The guitar work is psychedelic but in a calm and soothing way, aided with the help of some whistling birds interlaced in the mix. When I hear it, I imagine myself sitting on some dock watching the pink sunrise emerge in the summer sky, after a long and eventful night.

On my drive, I couldn’t shake the feeling that these songs were perfect sonic illustrations of what is manifesting in this country right now. It felt like a reconciliation of the past and present, where the boundaries of time could be dissolved in order to achieve a new type of music and mindset that are deeply in touch with the foundations of yesterday while still looking ahead at the future. Hopefully, the music of Black Pumas will go on to be a part of the soundtrack of the coming revolution.